“Oh, look who’s back again!” Uncle wailed like a newborn baby when he saw me at his door. He was also the same old person who roared and jumped all around the corridors of the hospital after he was informed “It’s a boy!” by the hospital staff, a decade and a half ago.

I couldn’t imagine the fact that it was my Aunt’s house as I made my way inside the house. I was startled to see so many toys lying everywhere, unpicked and forgotten – which reminded me that my Aunt’s far away from home.

I carefully slipped into the room where the fifteen year old stayed – which was messier than any other room in the house.

“Brother, it’s you!” He cackled and threw his toys away and came running towards me with his arms wide open.

He hugged me briefly and pulled me further into the room, inviting me to play the Snakes and Ladders game.

“Let’s play! Sister never plays with me. She’s always on the phone!”

“Oh, is it? Where is she?” I asked him and looked around the room. But, I could find nothing but toys.

Some of us are not too old to stop playing with toys.

I ran towards the hall where the tape recorder played Michael Jackson’s Billie Jean. Uncle was dizzily dancing to the tunes until I patted twice on his shoulders. He lowered the volume of his tape recorder and turned towards me and twitched his eyebrows.

“Where’s your first child? It’s almost nine o’clock and it’s so dark and cold outside.” I said as I walked towards the window.

He said “She’ll be here soon. I know that it’s late, but she’ll be back. Nothing to worry. Furthermore, she’s got a name. She’s at least two months older than you – which means, you have to respect her.” and went back to dance to the tunes.

I sat on the chair and looked out of the window as I waited for her to come back home.

Her younger brother came back to me and cried “Why don’t you play with me? Sister and you are the same!”

The phone which had its place in the hall rang relentlessly – as its owner didn’t mind to pick it up and answer. So, I made up my mind to interfere with other people’s personal lives!

I said “Hello! This is me! May I know you please?”

The person who’d just dialed our number replied “Hi! This is Me too. I’d like to inform you that you’re in danger!”

No! I couldn’t take it! I was dumbstruck. I took a deep breath, but that couldn’t help me.

I shouted “Uncle, someone wants to talk to you! It’s an emergency!” with all my might.

My Uncle was standing right next to me soon after I uttered those words out of anxiety. He snatched his phone away from my quivering hands and held the receiver close to his ears – trying to listen carefully. Obviously, I couldn’t hear the person who’d called. But, I could hear my Uncle who spoke, and of course, Billie Jean!

“Hello! You’re speaking to -” He stopped there.

“What? May I know your name please? Who are you?”

“I’m unable to understand a single word! What are you talking about?”

“Do you know who I am? Or, do you know anything about me, and what I can do to you if I find you?”

After a moment, he hung up the call and looked at me – with his eyes filled with anger and pain. Tears rolled down – from his eyes, making its way towards his chin. He didn’t bother to wipe it off. But, he threw his phone on the floor and walked out of the house, leaving the door open.

“The call’s recorded. Listen to it” He bellowed at me and picked up a travel bag which was lying on the ground and started to zip it open – as if nothing else was more important.

I played the audio clip which was recorded. Now, I could hear the other person who spoke to my Uncle!

“Everything’s a cliché until a point of time – where the same things start happening to you.”

“Her Instagram says that she’s a wanderlust. So, we thought that we could take her to places she hasn’t been to – ourselves.”

“So take my strong advice, just remember to always think twice.” Oh, I got that reference! The song was still being played in the hall.

“Meet us at the rendezvous by three-three-zero in the morning. Before you do so, fill up the bag with the things which are printed on the side of the bag – which is resting at the entrance of your house. That’s enough for now.”

“Yes, this is a terrible joke. If you don’t do as directed – your property, sorry, your daughter will be going with us for a long ride, for a very long time. So, it’s time for you to get started!”

“Haven’t you been to the movies Mister…? I don’t know your name! I don’t want to know it either, you’re a man with no culture!”

It took a while for us to fill up the bag with a lot of money – for that was all they wanted in exchange for an innocent girl who had plans – to reach home before sunset.

The fifteen year old kid was dropped off at his grandmother’s house, which took an hour for us to arrive – from our place – My Aunt’s House. It was already midnight. So, we had exactly three hours and fifteen minutes left to reach the rendezvous which was found to be approximately fifty kilometers away from us.

The massive travel bag was tossed into the trunk of the car. It was time for us to leave. The journey had begun, with high hopes of recovering our beloved person from a bunch of criminal minded people, or I’d just say, psychopaths. 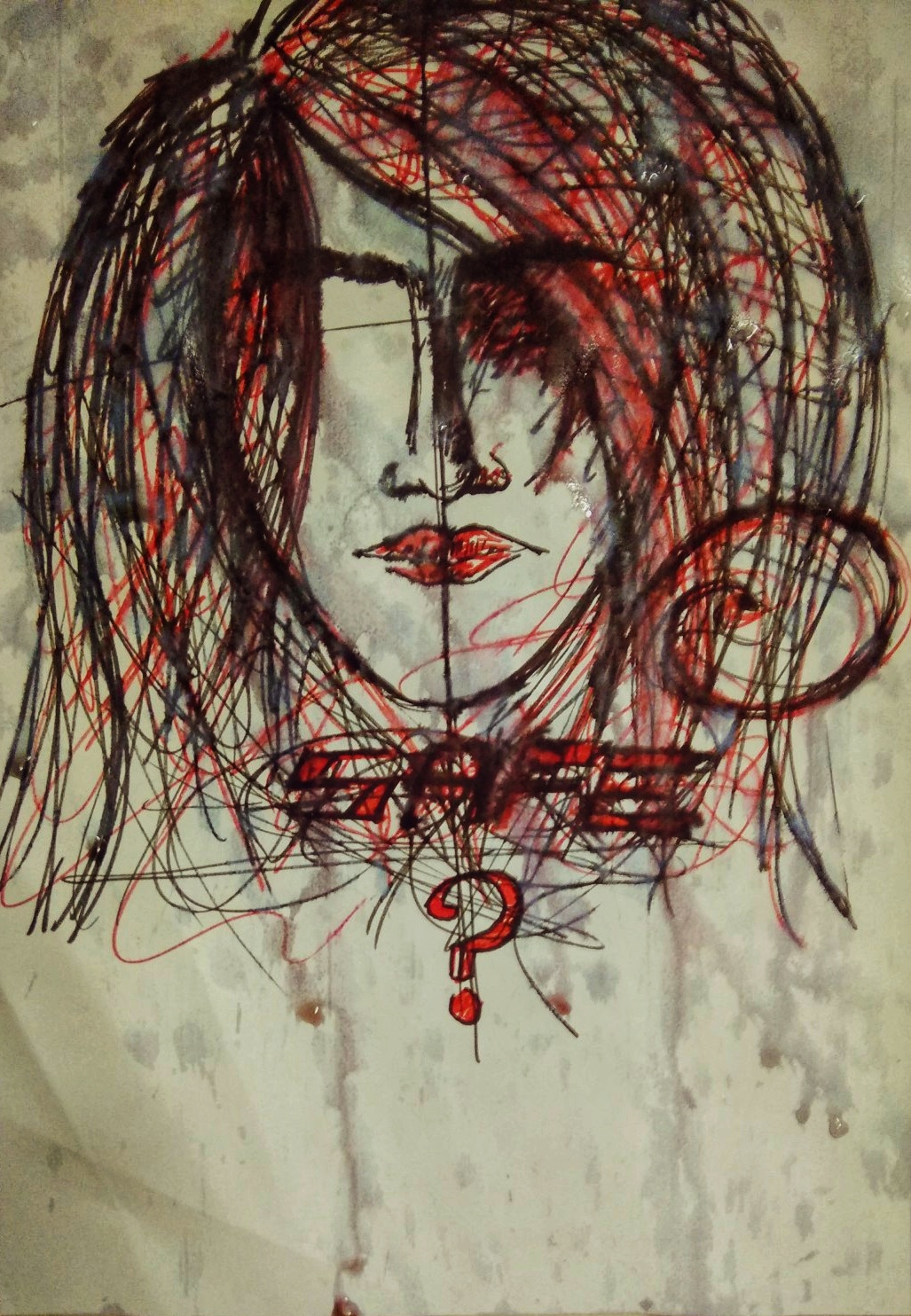 The time you took to shine

The non-tidy shoes of mine

Was scarce but it was all fine

So, will you wake up for there’s much more for you to see?

Will you stop dreaming? It is still unclear and dizzy.

“Are you awake? Boy, wake up!” Uncle said as he got out of the vehicle.

I couldn’t see anything outside as the whole atmosphere was so foggy, and to my surprise, it was bright and sunny!

“That was such a bad dream!” I kicked myself. But, I realised that nothing would’ve been done even if I had stayed awake all night. They’d come and take what they wanted.

You missed the whole thing, son. You may not understand what happened either. So, try to concentrate on what happens next – even if you don’t understand a single bit of it.

I woke up, but I decided to stay in the car. I looked all over the place, but I couldn’t find my phone! I had nothing to do in the car with nobody but me in it. I jumped out of the car with disgust and started to adjust and blend with the environment. We were back to my Aunt’s house. It was already seven in the morning.

He cut me short and said “She’s upstairs and she’s fine, but in deep sleep. Don’t wake her up. She’s tired. Just go, and come back.”

I could hear the sirens wailing and people shouting right after I took my first step towards the room. My uncle went rushing towards the door and opened it for a horde of policemen to enter and explore the house in which we lived.

The police officer talked to my Uncle while the others sipped tea.

The police officer asked various questions, but I was a keen observer of important things. So, I was all ears when they spoke what I wanted to hear.

“They came to the spot on time, they picked up the travel bag and they told me that my daughter would be delivered straight to her room in thirty minutes – which they did.”

The officer shook his head. He wanted something else. He hand-picked some photographs which were hidden in pocketbook and showed it to my Uncle.

“No, how did they look like? Anyone from here can be one of them. They’ve spent a long time in the business and they’re top-notch.”

“I don’t know. They had it all covered. They came. They took all my money and put it in their car and then, they zipped off.”

“Don’t worry. We’ll get back what belongs to you.”

The officer looked at me and waved his hands. I involuntarily waved my hands and stood still.

The officer said “Kid, can you go upstairs and look after your sister while we finish our work here? We don’t want children to listen and stare at us while we’re in business”

I nodded my head and ran upstairs.

So, everything stops here. I can never know what had happened to my cousin unless I ask her “What happened to you? Why did they beat you black and blue and leave you with deep scars all over your body?”

I didn’t want to get into her room and pull her into an interrogation. So, I ran all the way to the terrace and sat down, facing my enemies – questions and confusions.

“Congratulations! You win. I had no idea that it’d end up like this. I hope you two are happy with the results.”

I started to weep.

Boys don’t cry. You’re lucky to have nobody around you. Crying is usually a girl’s best friend. Dear girl, cry as much as you want for there’s no one around you. But, nothing’s going to change.

I shot them down. Questions and confusions stopped their speech.

I turned around to get downstairs and sit next to her – this time, with no questions to ask.

At one corner of the terrace, the travel bag in which Uncle stuffed all his money to feed the psychopaths stood still, waving its hands at me.

Hey there! I write short stories and poems. I love to draw and I'm interested in everything that's related to art. I like being positive at most situations for no reason at all. View all posts by Pavan Athreyas

© Pavan P Athreyas and Zero Error, 2019. Unauthorized use and/or duplication of this material without express and written permission from this site’s author and/or owner is strictly prohibited. Excerpts and links may be used, provided that full and clear credit is given to Pavan P Athreyas and Zero Error with appropriate and specific direction to the original content.